I missed the first train. Complete stop on the Jubilee line. Got the next one. Changed in some tiny town. Arrived in Hepton Bridge. Walked along the picturesque canals. Stopped to buy toothpaste. Got on the bus. The driver was friendly, the way only a bus driver in a small town is. Ten minutes later, I walked down the steep hill to Lumb Bank. Once, the home of Ted Hughes. Now in the hands of Arvon, a nonprofit organization that runs creative writing retreats.

I have participated in retreats for meditation and yoga, and gone to more conferences than any normal person should; social media, digital businesses, location independence, and whatnot. But I have never spent money on creative writing. It's funny, considering I wanted to write as soon as I learned to read and finished my first "book" at the grand age of 12 (it's called The Moonlight Forest, and you can tell I got my hands on Dean Koontz at a far too young age). Somehow, investing time and money in it seemed too frivolous. "I can do that anywhere," I told myself. It's just writing. I just need to have discipline and do the work.

It sounds easy, doesn't it?

But the pandemic got the best of me. When everyone appeared to be high on productivity, using their newfound free time to write great works of fiction, catch up on creative hobbies, and bake sourdough, I found myself stumped. Unable to put words together. The idea of writing started to feel alien, and every attempt was so forced it took me two minutes before I twisted out of my chair and into the kitchen, trying something as desperate as baking cookies. If that's not a cry for help, I don't know what is.

Honestly, my creative ambitions are not that grand. Getting something published one day would be cool, but most of all, I want to create. Make it a natural part of my life again, the way it was when I was younger, a non-negotiable. Those moments of being fully immersed in words, crafting something tangible out of nothing – it's hard to get there, but once I'm in, it's the greatest high I know.

After a long struggle, I reminded myself of this quote and decided it was time to do something different. So, I found Arvon.

To say Lumb Bank is idyllic is an understatement. It's an 18th-century millowner's house in West Yorkshire, surrounded by forest and wildflowers. From the garden, you look out over the valley, with sheep, donkeys, and bunnies grazing the hill below. Actually, picture a classic English murder mystery and "nobody would ever have expected such a horrible thing to occur here, " and you got Lumb Bank. They also had a cat, who supposedly lived in the village, but considered this his getaway place where he had a buffé of tiny bunnies to eat from. They called him Ted Hughes; we called him Ted Bundy.

I started my mornings with coffee in the garden, taking deep breaths of fresh air, soaking in the calmness that's tough to come by when living in a city. At 10 am, we gathered in the barn for the daily workshop. For three hours, we talked about pieces of poetry and fiction, what made them work and practiced on our own in short sprints. There is no time for writer's block when you get five minutes to produce a poem that you have to read out loud to someone. Just get words on paper and be okay with their faults.

That is what I find hardest with writing. Accepting my own mediocrity.

After the intense creativity workout, lunch was served. Then we were free to write, read or explore the area. Unless you were on dinner-making duty or had a tutorial with one of the tutors. You got a 30 minutes session with each of them, where you can share something you wrote, get feedback, or just talk about writing.

Some evenings we did our own thing, some we did readings together or with a guest tutor. On the last day, we all met up after dinner to read our writings from the week. Not gonna lie; this was slightly terrifying. Not just because of insecurities regarding my work. When I'm reading aloud, I have a habit of sounding like the Google robot, set to 5x speed, making it virtually impossible to understand a single word I'm saying. But this time, I managed to make myself coherent enough for people to ask follow-up questions afterward, and chocking enough, I might even have enjoyed it.

We had Tiffany Murray and Tolu Agbelusi as tutors this week, who both did a brilliant job providing inspiration and feedback. And they might have made us all a little braver in our writing than we were before. I came home with a boost of self-confidence, a friendly writing community I'm keeping in touch with, and some new insights into what skills I need to practice (and some tools for doing so).

Most importantly, I have a new appreciation for the importance of making your hobbies a priority in your life, despite all the adulting we all have on our plates.

Lisbon-based Swede who dabbles in creative writing and has too many hobbies. By day I lead product development in a marketing agency and advocate for working remotely.

Join the newsletter to receive the latest updates in your inbox.

Looking for reading inspiration for the summer? I got you covered. 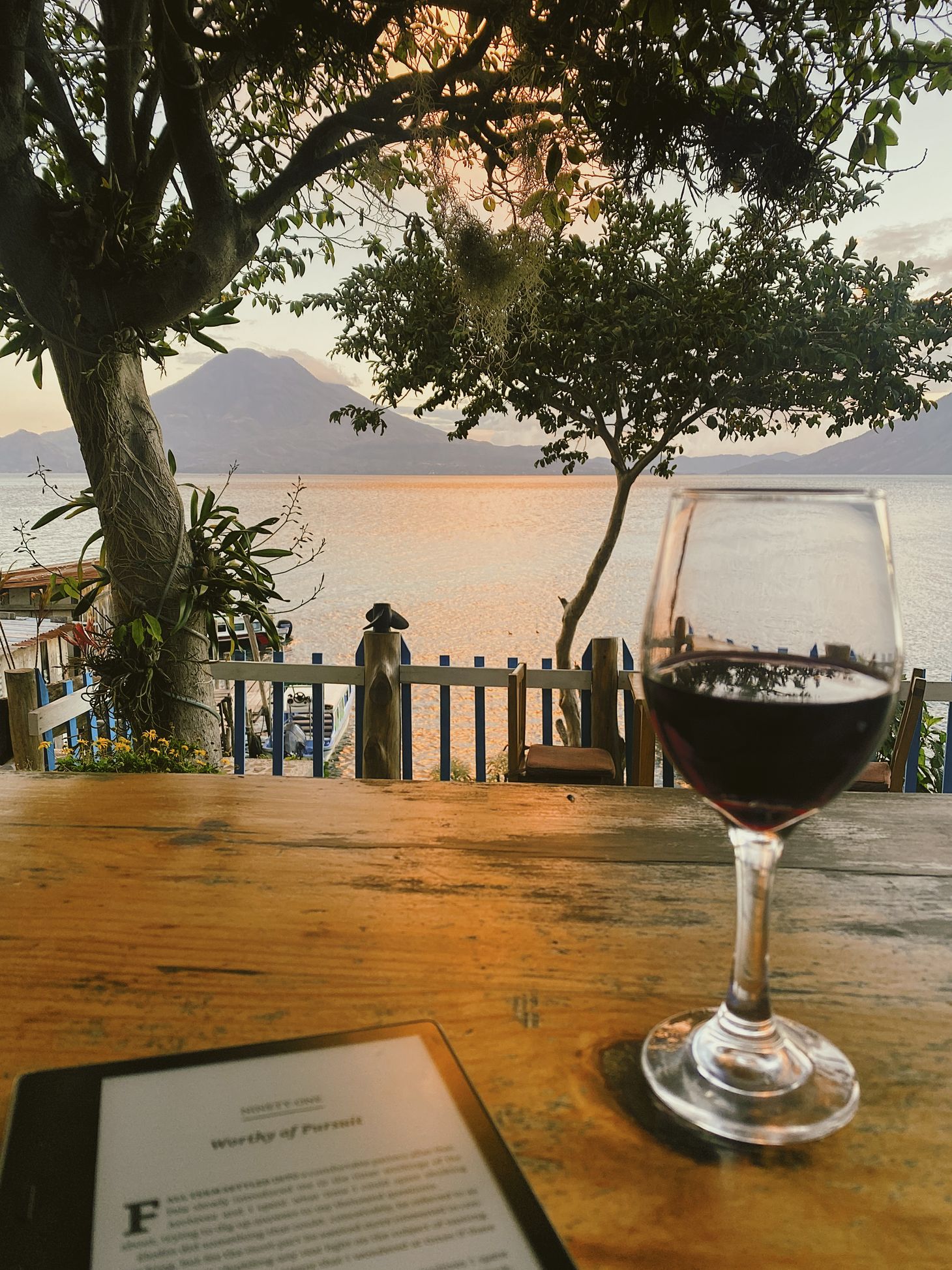